If you’re in the market for new internet service, or have heard the buzz about something called 5G, this article can help you better understand how to compare 5G vs 4G and make the right choice. There are many different terms thrown around when talking about wireless technology, so we’ll start by giving you some background information and help separate fact from fiction. Then we’ll dive into what exactly 5G is and how it differs from 4G before looking at some practical examples of why you might want to upgrade your internet service to 5G. 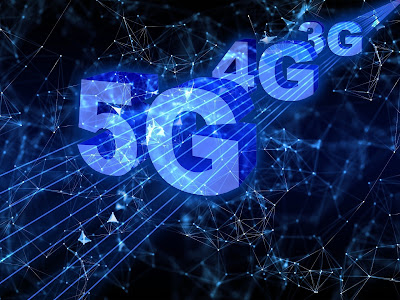 5G Vs. 4G – The Differences Explained

Today, we’re living in a world where WiFi is part of our daily lives. Some countries are even experimenting with 5G technology that promises to make things even faster and easier for users than ever before. In a nutshell, 5G tech has made it possible to download an entire season of Game of Thrones in under 30 seconds! But what is 5g exactly? How does it compare to its predecessor, 4g LTE, and what will its full potential be once everything’s up and running? And why are they dubbing it the internet of things? Let’s take a look at how 5g compares to 4g.

One of 5G’s biggest selling points is its speeds. Its theoretical peak download rate will exceed 1 gigabit per second, or 1,000 megabits per second. For context, that’s about 50 times faster than what we currently have with LTE—or about eight times faster than Google Fiber, which is built-in to only a handful of cities in America. But what does that translate to in real life? Well, with current 4G/LTE connections our phones download an average 3GB worth of data every month. With 5G that figure would jump to a whopping 34GB. A lot of people think these numbers sound too good to be true—and they are.

The reliability and coverage of 4G, combined with the lower cost of 4G devices, means it will be a long time before it is completely replaced by 5G. While carriers are spending more time and resources on 5G wireless technology, 4G networks are likely to continue to improve, resulting in faster speeds across the board. With 5G reaching 10 gigabits per second, up to 100 times faster than 4G, 5G networks can provide the level of performance needed in an increasingly connected society.

According to Vodafone, 5G promises device speeds about 10 times faster than 4G, which means high-quality 4K ultra-high-definition video communications – the standard used for commercial digital cinema – will deliver downloads to smartphones and tablets even faster. All of this means that 5G networks can deliver ultra-fast data to many more users with high accuracy and low latency. These speeds are possible because most 5G networks rely on very high frequency radio waves, also known as the high frequency spectrum. One of the main differences is the use of unique radio frequencies in 5G to achieve what 4G networks cannot.

This spectrum is summed up to create their total network bandwidth, which determines how fast they can transfer data. Since OFDM encodes data at different frequencies, this can increase the download speed of 4G and 5G, since these networks will have their own signaling channels, rather than one shared by them.

However, 5G uses small cell technology due to the higher speeds and frequency levels of MM waves, so operators will implement 5G broadband in small cells the size of pizza boxes in multiple locations. With 4G, the network can connect about 2,000 devices per square kilometer. With 5G, networks will be denser, which means they will have more capacity to support more connected users and devices, resulting in more mobile device connectivity and capacity.

In some cases, the speeds are only modest improvements over what LTE sees. As far as T-Mobiles’ national 5G network, the low bandwidth spectrum means speeds hit 100 to 200 Mbps at its peak, but in most cases these are modest improvements over what you’d expect from 4G, at least . our initial tests. So far, T-Mobiles’ 5G network delivers an average 20 percent increase in download speeds compared to 4G LTE, according to a company spokesperson.

We’ve already covered 5G speeds, but we can’t expect specific network speeds. Instead, think of 5G as a range of speeds, and the actual speeds you get will depend on the wireless network you’re connecting to, its congestion, the device you’re using, and a few other factors.

It uses the 5G New Radio interface, along with other new technologies that use much higher radio frequencies (28 GHz vs. 700-2500 MHz for 4G) to transmit exponentially more data over the air for higher speeds, reduced congestion, and reduced latency, which is the delay before the start of data transfer on instructions.

Overall, with the new technologies, spectrum, and frequencies it uses, 5G has many advantages over 4G; faster speeds, lower latency, capacity for more connected devices, less interference and better efficiency. In terms of performance and functionality, 5G and 4G LTE networks can be compared based on their respective speed, bandwidth, latency, and device density. The three main differences between 4G and 5G are faster speeds, higher bandwidth, and lower “latency” or latency when communicating between devices and servers.

Many experts predict that 5G networks will improve performance related to many of these aspects, improving network characteristics such as mobility, power consumption, speed, and range of services. Indeed, the success of new technologies such as Internet of Things (IoT) devices, artificial intelligence (AI) web applications and autonomous vehicles and machines depend on the availability of a reliable, high-performance 5G network and its faster speeds. , lower latency and higher capacity. Technologies that will enable the next generation of cloud services and connectivity, such as augmented and virtual reality, will require 5G performance and flexible architecture to reach their full potential.

The long-awaited fifth-generation mobile phone technology known as 5G is expected to be a step forward in mobile networks, promising exponentially faster download and real-time data sharing speeds. The touted benefits of 5G include faster network speeds and real-time connectivity. Currently, 4G LTE (Long Term Evolution) technology is only capable of using low frequency bands operating up to 6 GHz, while the radio bands that 5G will be able to handle will be somewhere between 30 GHz and 300 GHz1. This will allow you to connect many more devices to the network.

If you end up using 5G at home instead of cable, you’ll find that you can connect multiple devices to the internet at the same time without bandwidth issues. The network infrastructure can’t handle the sheer volume of devices, resulting in slower data transfers and longer download latency. However, for most applications, the speeds and bandwidths offered by the 4G LTE network are sufficient to meet user needs, such as industrial Internet of Things (IoT) applications with low data density and low data rates.

Verizon originally used mmWave for their 5G network, and so you could only really connect to Verizon 5G in certain areas of certain cities. Thankfully, the company now uses Sub-6 for its national mobile network, which T-Mobile has been using since the beginning.

Connection requirements vary based on network usage. Population density, movement speed, and distance affect how quickly devices can communicate with the network. Wireless technologies, from Bluetooth and WiFi to 3G and 4G LTE, rely on the performance tradeoffs of IoT devices on the network.

It’s also important to remember that carriers continue to update 4G networks and that download speeds and latency can be further improved. Next generation connectivity will also improve average speeds as carriers will be able to use new frequencies not previously used by mobile devices, opening up bandwidth. Another difference between 5G and 4G is that new networks can more easily understand the type of data required and can switch to a lower power mode when not in use or when providing low speeds for certain devices, but then they switch to a higher mode. . – advanced mode for things like streaming HD video. 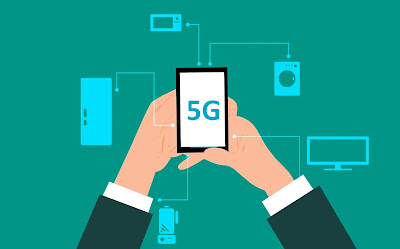 The 5G Technology is a wireless communication standard that enables telecommunications carriers to transmit data at speeds up to 20 times faster than current standards. The technology will be able to handle large volumes of data, including more concurrent users and more devices per user. If you want to know what is 5g technology then it has been compared with an evolution from 1G (first generation) mobile phones, through 2G and 3G phones until eventually getting to 4G (fourth generation) LTE. In fact, LTE is considered by some experts as being a type of 5th generation technology because it can deliver greater speed over radio frequencies currently in use for cellular connectivity.

A History Of 5G Technology

5G stands for fifth generation, which means it’s a new generation of cellular technology that is faster and more powerful than previous generations. That may not mean much to you right now, but it could in a few years when 5G rolls out to become your wireless carrier of choice. The problem is that we don’t really know what 5G is yet, since we are so far away from its rollout. In fact, there are still many details about 5G that need to be ironed out before anyone can make use of it. And with each passing year, carriers seem to change their minds about what exactly 5G will be like.For years, we’ve been hearing about next-generation wireless technologies: 2G, 3G, and 4G. Each iteration promised greater connection speeds and enhanced capabilities. 5G is no different—in fact, it’s designed to be 10 times faster than 4G LTE (the fastest wireless standard available in the US today). But that doesn’t mean you should ditch your Verizon or AT&T plan right away. You won’t get 5G coverage everywhere when it first launches in 2019—and even if you do, your device will need to support 5G to access those high speeds.

How Much Faster Is 5G?

5G is being touted as a massive upgrade over previous generations of wireless technology. But just how much faster is it? The short answer: Very fast. How fast exactly, depends on how you look at it. 5G technologies are expected to offer significantly faster speeds than 4G LTE but they’re also expected to provide lower latency (i.e., less lag). If we take speed and latency into account separately, 5G would be about 6 times faster and 15 times lower latency than current-generation networks. While those numbers are very impressive, keep in mind that there are more variables at play here — including whether or not your area gets good coverage and which standard your service provider adheres to — so don’t expect dramatic changes overnight.