Coldest Place In The Universe

The coldest place in the universe is an object called a Boomerang Nebula – think of it as a blazing, spinning star caught on camera. How does it work? Let’s break it down for you. A Boomerang Nebula is so named because its shape resembles that of a boomerang – what’s interesting about that? It’s spinning at such a speed (700,000 miles per hour) that it’s actually pulling material away from itself! This phenomenon only happens to white dwarf stars and they are so hot, they’re blue or white-hot. If you could get close enough to one to see them with your own eyes, like Hubble did here, they would shine almost 10 times brighter than Venus appears in our sky! 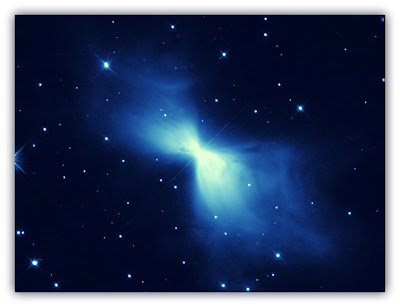 The Boomerang Nebula, a mixture of interstellar dust and ionized gas, is dropping to a staggering minus 458 degrees Fahrenheit (minus 272 degrees Celsius), or just 1 degree Celsius above absolute zero, as astronomers measure using the Atacama. Submillimeter Array (ALMA) in Chile in 2013. Our cycle 0 ALMA observations confirm that the Boomerang Nebula is the coldest known object in the universe, and its massive high-velocity outflow has cooled significantly below the cosmic background.

According to the Universe today, the result is that we see the boomerang during a brief moment of cosmic maximum cooling. Normally, the slow expansion of a protoplanetary nebula would not cause the boomerang to be very cold, but measurements suggest that the boomerang is expanding much faster than usual.

It is this rapidly expanding gas that gives the nebula its lethal temperature. It seems that the very rapid expansion of the gases is what makes the nebula so cold.

According to astronomer Ragvendra Sahai, the extreme cold is caused by the rapid acceleration, ejection and expansion of gas from the dying red giant star at the center of the nebula. Ragvendra Sahai of NASA’s Jet Propulsion Laboratory (JPL) in Pasadena, California, believes that the Boomerang Nebula is cooler than other expanding nebulae because it releases mass about 100 times faster than these dying stars, Or jet mass about 100 billion times faster than the Sun.

Keith Taylor and Mike Scarrott were able to measure the temperature of the gas in the nebula by seeing how it absorbed the cosmic microwave background radiation, which is very uniform at 2.8 Kelvin ( -455°F/-270.56°C). The MIT lab did receive a supercooled gas that reached -273.15 degrees Celsius.

An incredibly low temperature of minus 459 degrees was measured inside this place. The measurement is truly incredible, as the temperature measurement site is deep inside a crater that never sees sunlight. As far as scientists can tell, the lowest temperatures ever reached were just recently here on Earth.

The record low temperatures were one of the latest achievements of ultracold physics, the laboratory study of matter at temperatures so incredibly low that atoms and even light itself behave in completely unusual ways. In their experiment, German physicist Wolfgang Ketterle and his colleagues managed to reach only half a billionth of a degree above absolute zero, which is -273.15 °C (-459.67 °F), so somewhere in their laboratory at the Massachusetts Institute of Technology Cambridge is practically the coldest place in the universe. Astronomers have tried pointing a submillimeter telescope at the Boomerang Nebula, which looks for faint filaments of radiation emitted by matter at very low temperatures, and found that the Boomerang is even colder than the cosmic microwave background radiation left over from the Big Bang. – until then the coldest thing known to science.

Unable to see the details that the NASA/ESA Hubble Space Telescope can reveal, Keith Taylor and Mike Scarrott saw only a slight asymmetry in the lobes of the nebula that suggests a curved, boomerang-like shape. Astronomers using the Atacama Large Millimeter/submillimeter Array (ALMA) telescope in Chile took a fresh look at the nebula in 2013 to learn more about its freezing properties and determine its true form, an eerily ghostly form.

Astronomers say the Boomerang Nebula is about to become a planetary nebula; that is, eventually its central star will become a white dwarf or a condensed star, making the nebula glow. Indeed, later, after the central star dies, the star emits fiery ultraviolet radiation that illuminates the nebula in vivid colors. Over thousands of years, the fiery remnants of an aging star at the center of the nebula heated it up, energizing the gas that made it glow like the planetary nebula that followed. The Boomerang Nebula’s general bow-tie shape appears to be formed by strong winds of 500,000 km/h blowing ultracold gas away from the bright gas.